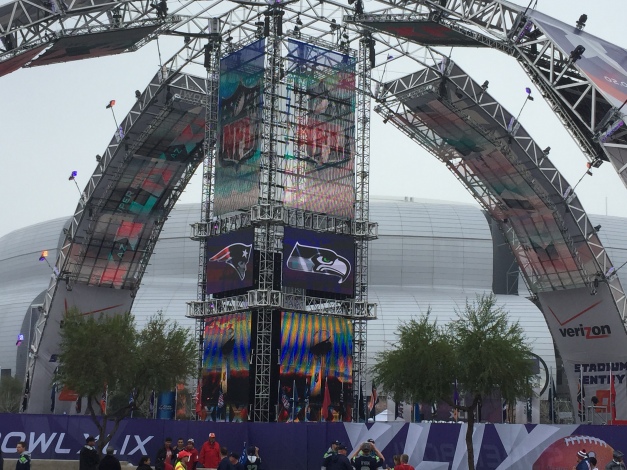 Wow, what a Super Bowl! A running theme to most people I have spoken to was that nobody really cared who won the game, and if that’s the case they might as well give us a game worth watching! It seemed to have nearly as many story lines as the Packer Seahawks game, and it was like a movie where you can tell exactly where it’s going until the last minute twist that has your jaw on the floor.

The first quarter started, and it seemed that both teams were kind of feeling each other out, not wanting to make a mistake. It was extremely fast and it flew by thanks to a Patriot 8 minute drive that was picked off in the endzone. As dull as the 1st quarter was, both teams came out with a bang and put up 28 points in the 2nd. Three of the TD’s were scored within the last 2:16 of the half. The Seahawks tied it up at 7 which seemed like a miracle at the time. Then the Patriots had a great 2 minute drill to score with :31, and reminding fans that the best teams score right at the end of the half. The Seahawks could have taken the ball into halftime down 14-7, but after 2 run plays got them 36 yards, they were smelling the endzone.

The Seahawks made it to the 10 yard line with only 6 seconds remaining in the first half and down by 7. Decision time: And with the timeout left, we were debating what to do in the living room as well. A typical play usually takes 6-7 seconds, but where they were on the field they could easily get a quick throw off if they went to their first read. At this point in the field, they have an easy 3 points, but it’s risky if Wilson doesn’t get the ball out immediately you could walk away with 0. Wilson and Carroll hardly debated it, calling the back shoulder throw immediately. Sure enough Wilson threw it to Chris Matthews for an improbable TD! As much flack as Carroll has been getting for the final play of the game, this coaching decision was genius and I agreed with it the entire time.

Left Shark’s wacky performance was a sign of things to come!

The 2nd half started with the Seahawks taking their first lead of the game by a field goal, and then after a 2nd interception thrown by Brady, the Seahawks went up 10. The second this happened, I proclaimed that this is when the Defense steps up and wins them the game. And for a defense that gave up an average of 4.4 points in the 4th quarter, things were looking pretty good. The Patriots drove down and scored a TD to make it a 3 point game with 8 minutes left. The play before the score, Edelman ran a great flat route but the throw was off. On the next drive, the Pats ran the exact same play and this time Edelman scored to take the lead with 2:06 left in the game!

80 yards to go, 2 minutes left, and the Seahawks can stop the clock 4 times. The setting is about as good as it can get for the Seahawks. The 31 yard pass to Lynch kicked things off until we had the flukiest catch of the game. Bill Belichick has seen it time and time again, but when Wilson underthrew a ball and Kearse was laying on his back, it was a Miracle that the ball fell into his lap for a 33 yard gain down to the 5! I was standing at this point and pretty much turned away from the screen thinking it was incomplete, so that was nuts! At this point the Hawks had 1:05 from the 5 yard line and it’s 1st down. Four yard run to Lynch, which leads us to…

2nd and 1 from the 1 yard line. Both coaches had a decision here, let’s talk about the Patriots side first. With about 59 seconds left, Bill Belichick had a chance to take a timeout and try to at least give his offense a chance to get into FG range, but he doesn’t and lets them run their play. If the Seahawks would have lost, I think Belichick would have gotten as much flack for this call as well. They could have let them score and had 50 seconds to get into FG range to take it into OT, so that was gutsy in my opinion too. The actual call in question came from Pete Carroll’s bench, but I’m not as critical as the rest of the country. With 3 downs left but only 1 timeout and 20 seconds, you only have time to run the ball once to use your timeout. The other 2 HAVE to be passes (unless you try a run on 4th down which could get stuffed). I think with NE expecting a run on 2nd, I would have also thrown there, ran on 3rd, and made a decision on 4th down if you’re not getting in. It was just a crazy interception on a play that seemingly only Malcolm Butler was prepared for.

I think there could be some credence that Carroll wanted Wilson to get the MVP and not Lynch. There’s no secret that Lynch and the organization are at odds, and for him to get the MVP would make Seattle look dumb for trading or releasing him.

Russell Wilson had 0 completions in the 1st quarter

Chris Matthews was on the practice squad until December, and had not had a reception in the NFL going into Sunday’s game. He finished the game with 4 receptions, 109 yards and a Touchdown.

The Seahawks were +1 in turnovers, and 2 of the 3 turnovers in the game were interceptions in the endzone

Conundrum of the Week:

Vegas has all of these spot bets where you can bet on how long the national anthem is, what the cointoss lands on, and other wacky bets. What happens since there were 2 Gatorade showers with the first one Blue Gatorade and the second one Orange; who wins?

So as some of you may know, yours truly went to Arizona to be around all the Super Bowl festivities, and man was it fun! On Saturday we went downtown for all the parties and events. There were free concerts, buildings that were wrapped in Super Bowl regalia, and it was as busy as the Minnesota State Fair. We even saw Roger Goodell in person (he was not booed). I am not remotely exaggerating, but Seahawks fans outnumbered Patriots fans 200-1. Across downtown, somebody would yell “Sea” and the entire block would erupt in “Hawks.” It almost gave you the chills, and helped understand why the 12th man is so powerful. The line for the NFL experience was a mile and a half long, so we skipped that part, but apparently getting an autograph from Marshall Faulk was a piece of cake in there, darn!

Sunday was a foggy morning, and we went to drive by the stadium 5 hours before kickoff. While initially disappointing, the fog was a bit of a Godsend because we couldn’t see the stadium from the car and decided to get out and walk around. This was another crazy experience and amazing to think that I was at the stadium on gameday (tickets were going for $8,000 at this point, no way we were going in). But being in this area on the day of the Super Bowl is something I’ll never forget, and it makes me excited for the Minneapolis game!

“Have you ever seen a catch like that?” Reporter, referring to the ball falling into Kearse’s lap

“Yeah, I’ve seen two of them” Bill Belichick (referring to the 2 catches the lost him both Super Bowls)

“I would have run it with Lynch, but I died” The Internet based on the depressing Nationwide commercial 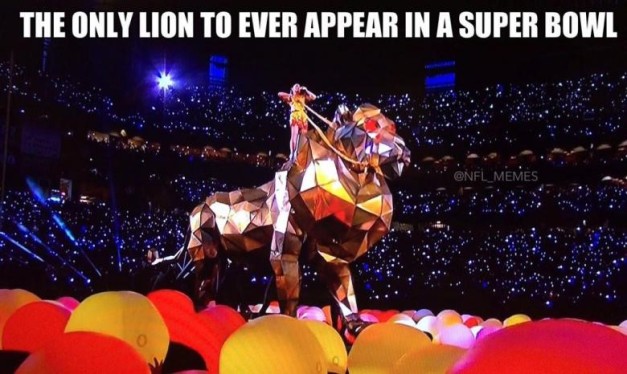 Well the NFL is off to a good start in the offseason. Since Super Bowl Sunday there have been 4 major arrests (I’m counting Warren Sapp since he’s a hall of famer). This is looking to already be a fun offseason for Roger Goodell.