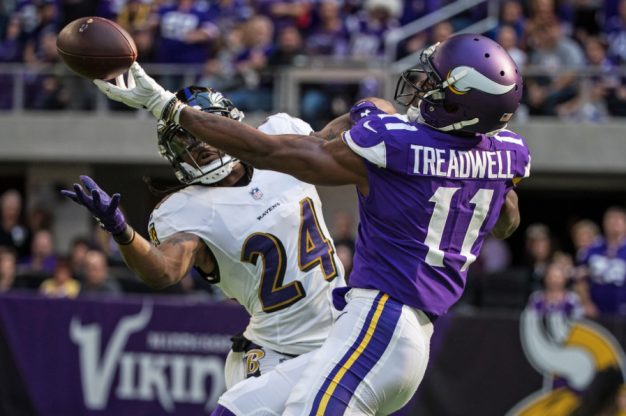 Even though they are division rivals, I feel just terrible for the Cardinals. I know every fan base minus maybe the Patriots has the “woe is me” approach, but the Cardinals can definitely be up there. They’ve had YEARS of mediocrity, never in the playoffs but too good for the #1 pick. All of a sudden they get Kurt Warner, and have a Super Bowl win locked down only to have heartbreak happen. They’ve been solid since, but have lost several playoff games. They finally get Adrian Peterson, who absolutely goes off in his resurgence. Enough so that Larry Fitz was talking about the “rings” they would have had if AP had been there the whole time. Flash forward 1 week, Palmer gets hurt and is out for the season, Bruce Arians (a coaching genius) is talking about not returning, and AP regresses to Saints-like numbers. They were a playoff caliber team as of last week, and it looks like they’ll lock up pick #8 again.

Bears CB Eddie Jackson is the first defensive player to have 2 75+ yard defensive return TD’s in a game.

There are 3 QB’s in the league who have thrown for more INT’s than TD’s this season (looking at at least 75 attempts). Two of them play for Cleveland…Fun fact, I decided to save a stat for next week but didn’t want to re-number all of these. I had to come up with one more stat, which is how I discovered this gem!

END_OF_DOCUMENT_TOKEN_TO_BE_REPLACED 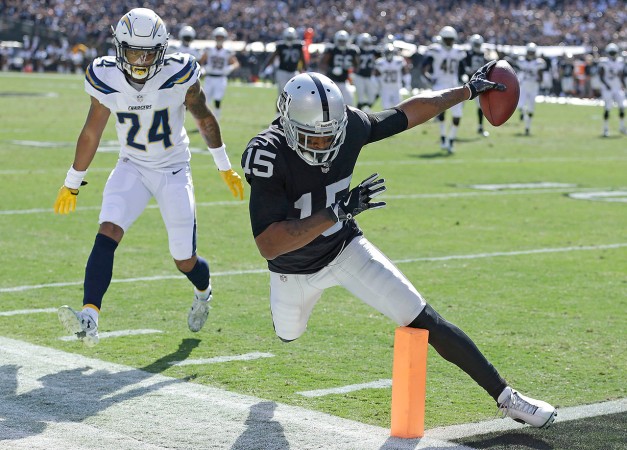 I’m back! And I feel like I missed a lot! I’m not going to dive back into Week 5 much, but the Browns and 49ers are still losing, the Raiders are apparently faltering, and Big Ben had a 5 INT game?!?! I guess Bradford came back and tried to play too? Ahhhhhh!

The one downside to being such a huge football fan is that I’m rarely in awe anymore. But watching the Steelers game had my mouth agape. It literally seemed like everytime Bell was handed the ball, he got a minimum of 7 yards, if not closer to 15. That’s insane as it is, let alone in a league where the run game is dying. They even ran the ball on 3rd and 9, and got the first down! The most telling was the first play after halftime. Tony Romo said something to the effect of “the Chiefs would have gone into halftime and come up with a gameplan to stop the run. Look at how many people they have in the box right now.” Indeed it was stacked, and Bell got through it for a gain of 15.

In the Rams Jaguars game, it was the 1st time in NFL history with 2 TD’s within the first 25 seconds of a game. The Rams ran back the opening kickoff, kicked a touchback, and then Fournette ran 75 yards on the first play.

END_OF_DOCUMENT_TOKEN_TO_BE_REPLACED

Last season was the season of comebacks. I’m already sensing a theme this year which is the season of surprise wins. Last week had 10 underdogs take it in one of Vegas’ most lucrative weekends. This week we had Rams beat Cowboys in Dallas, Bills beat Falcons, Panthers over Patriots in New England, and Texans with 57 points over Titans. I really don’t remember back to back weeks where I looked at the scoreboard to 5+ “wows.”