I’m back! And I feel like I missed a lot! I’m not going to dive back into Week 5 much, but the Browns and 49ers are still losing, the Raiders are apparently faltering, and Big Ben had a 5 INT game?!?! I guess Bradford came back and tried to play too? Ahhhhhh!

The one downside to being such a huge football fan is that I’m rarely in awe anymore. But watching the Steelers game had my mouth agape. It literally seemed like everytime Bell was handed the ball, he got a minimum of 7 yards, if not closer to 15. That’s insane as it is, let alone in a league where the run game is dying. They even ran the ball on 3rd and 9, and got the first down! The most telling was the first play after halftime. Tony Romo said something to the effect of “the Chiefs would have gone into halftime and come up with a gameplan to stop the run. Look at how many people they have in the box right now.” Indeed it was stacked, and Bell got through it for a gain of 15.

In the Rams Jaguars game, it was the 1st time in NFL history with 2 TD’s within the first 25 seconds of a game. The Rams ran back the opening kickoff, kicked a touchback, and then Fournette ran 75 yards on the first play.

The 49ers have lost 5 straight games by 3 points or fewer, this is the 1st time in NFL history this has happened

Stolen Stat of the Week #3:

Since the Super Bowl, the Falcons have been outscored 72-40 in the 4th quarter

Thursday night we experienced a “Sports Equinox.” For only the 17th time EVER, all 4 major sports played on the same night. This completely baffles me, so much so that I had to look it up https://fivethirtyeight.com/features/this-is-the-greatest-sports-day-of-the-year/ . All 4 sports are always playing this time of year, so I’m shocked that this is so rare! NHL and NBA are in full swing, doesn’t it seem normal that every Monday, Thursday, and Sunday night, as long as there’s a baseball game this would occur?

Two Scores that Stood Out:

The one disappointing thing as a football fan is that I don’t have access to watch Red Zone. I typically watch the ticker at the bottom like a hawk, so it comes as a surprise to me when I see games that look to be over, only to all of a sudden see something completely different. It doesn’t happen much, but I was shocked to see the Bears up 24-13 with about 3 minutes left, and then all of a sudden see the game in overtime. Same thing happened with Arizona. They were utterly blowing out the Bucs 31-0. Within a quarter that score was 38-33. Must have been a heck of a 4th!

I must admit the TNF matchups this year have been a lot better. We still get what seems to be the annual Bills vs. Jets types of games, but we’re also getting some awesome rivalry games that have been worth watching. The ending sequence of last night’s game was the craziest most drawn out ending to a game I’ve ever seen!

Play 1: TOUCHDOWN to Jared Cook! Play reviewed, he’s out at the 1 foot line, bring her back

Play 5: SECOND untimed down at 0:00. Carr rolls out and hits Crabtree for the game winning TD. Oh my gosh!

Videos of the Year:

Just to throw a shoutout to where I got “keep ‘er movin,” you absolutely have to check out the Manitowoc Minute. A 2 minute weekly comedy news routine in a Wisconsin accent. Here’s the most recent one https://www.youtube.com/watch?v=hePzEHhuS58 . He also touches on the Rodgers play. What I’ll say about it is this: I think everybody and the NFL benefits to having the best QB’s around, so it’s a sad day for basically everybody outside the NFC North to see Rodgers go down. I don’t think it was a dirty hit, nor a late hit. At a max, I think you could flag Barr for driving Rodgers into the ground, but definitely not fineable or suspendable. Just terrible luck. This is also the 1 thing I’ll say about Kaepernick all year (because merely talking about him politicizes the NFL). I don’t think there’s one franchise that’s a worse fit for Kaep than Green Bay. I do think he’ll land somewhere if there’s another significant injury, but GB is not it. 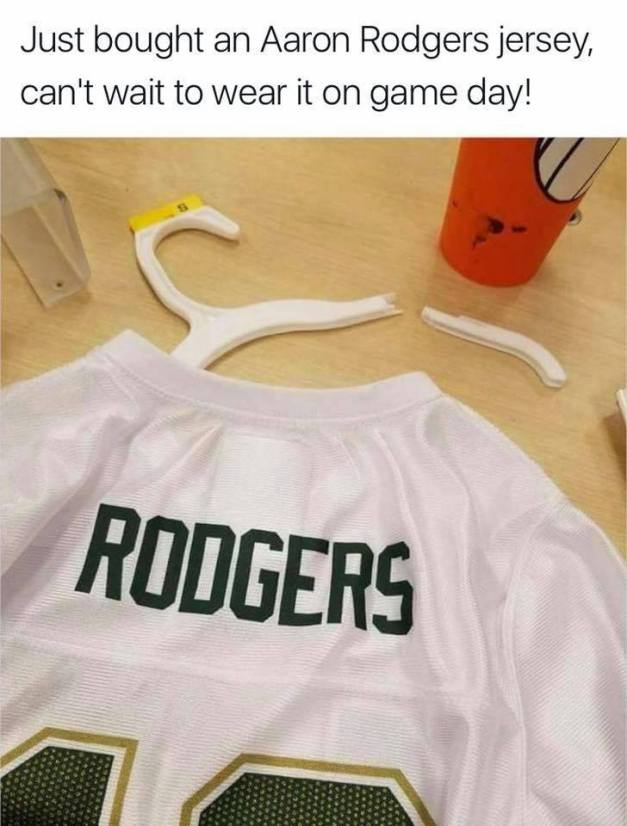