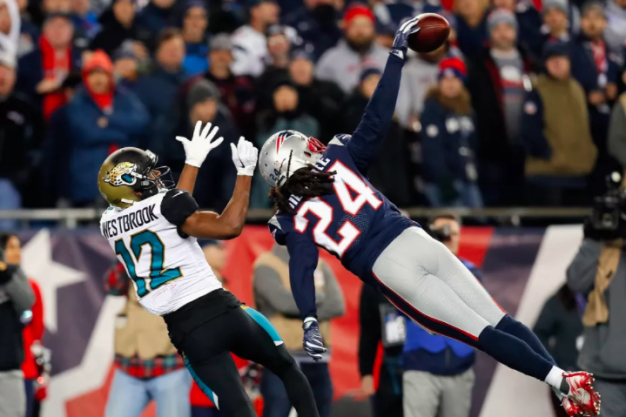 As what seems to be the norm in this year’s playoffs, we had one super exciting game followed by a game where it was over in the first half hour. Somehow with a wild playoff year, we still have both #1 seeds going at it again. The Super Bowl is set, and we’re ready for the big game in 9 days!!!

Will be weird to have a “bye” week in football, but per usual I’ll do a short post on the Championship round this week, and a post on the Super Bowl next week.

From the little I saw the Jaguars this year, and if you don’t count the Bills game, they were an interesting team when it came to leads. Even though their offense can be suspect, their defense was able to hold while they put up a considerable lead. Then come the 2nd half or 4th quarter, it would slowly be whittled away. For the Steelers game, had the game been 4 minutes longer the Steelers would have won that game easily. The same thing happened on Sunday, getting up 20-10 in the 4th quarter and holding Brady to 0 TD passes in the first 51 minutes of gametime. Gronk’s injury was huge, yet the Patriots only scored when he was off the field.

END_OF_DOCUMENT_TOKEN_TO_BE_REPLACED

Let’s take it one game at a time, since in reality the weekend was just a big crescendo to one of the best plays you’ll ever see in playoff history. I would first like to point out, that I didn’t see any of this coming, and went 1 for 3 on my picks. To be fair, there were 4 QB’s who have made it to and/or won Super Bowls against QB’s with extremely little playoff experience, and somehow the New QB’s went 3-1 in this weekend’s matchups.

Little bit of a weird game, didn’t really seem like either team could get much going. The Eagles defense looks legit though. I was also surprised at with how much Foles seemed to be struggling early, he ended up going a respectable 23-30. The Falcons had a shot, drove down 74 yards and had 4 plays from 1st and Goal. But it was painfully obvious who Ryan wanted to go to, throwing 3 of the 4 passes to Julio. It came down to the final play from the 2 yard line, but they couldn’t punch it in. Good ending to a defensive game.

END_OF_DOCUMENT_TOKEN_TO_BE_REPLACED

FMQB: Ghosts of Playoffs Past

FMQB: Ghosts of Playoffs Past 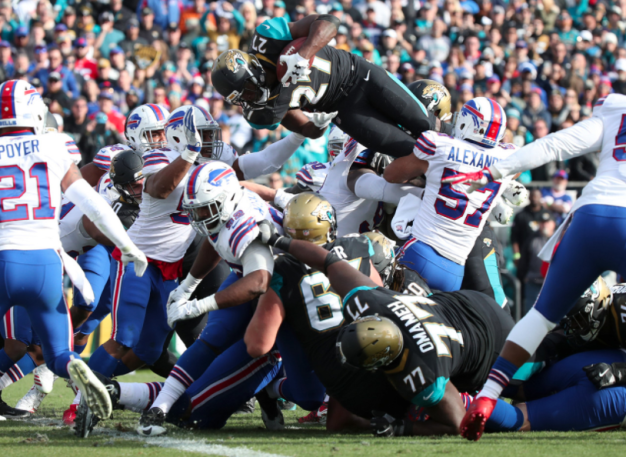 The first half made this game look like a dud. Alex Smith had a dominant first half, going 19-23, 231 yards, 2 TD’s and 1 secret admirer with John Gruden. They took a 21-3 halftime lead and yours truly almost went to do something productive for the weekend. Unbelievably, the Titans didn’t give up and held Smith to only 33 yards in the 2nd half while racking up their own points. They botched two 2 pt conversions but took a 22-21 lead. The play where Henry fumbled the ball and the Chiefs ran it back would have been one we saw on replay for years to come had it actually been a fumble. But they shocked the Chiefs with a wicked comebackon the road to advance.

I’ve told many people that I distinctly remember being depressed in 2005 when the Rams lost to the Vick led Falcons, but this time I feel really good about where our team is and where we are going. The Rams should have done two things and they could have won that game. First, Gurley averaged 7.2 yards per carry, yet only got the ball 14 times. Still enough for 100 yards, but what the heck? He found a major weakness in the defense and they didn’t exploit it at all! Second, for the love of God stop Julio Jones! Only 3 WR’s caught passes in the game; Jones, Sanu, and a guy nobody’s heard of had 1 catch.

END_OF_DOCUMENT_TOKEN_TO_BE_REPLACED

Sorry for the Survivor reference, but now that all the riff-raff are out, it’s time to get down to business.

I missed a week, despite some time off. Here’s a snapshot of what Week 16-17 was going to look like.

Back to Week 17, and the culmination of 20 team’s seasons.