A bit of a shorter post this week, but let’s face it, there’s nothing to talk about other than the catch of a lifetime! Odell Beckham Jr (a rookie nonetheless) was being absolutely mauled by the Cowboys defender (which almost makes it better). I’m talking jersey tugging, arm grabbing, so bad that the refs got the flag out a full second before the ball even arrived. Odell managed to get free at the last second, and did pretty much a high jump move to arch his back and get his hand over the pylon where the ball was. With one hand, the ball literally stuck to his fingers as he fell into the endzone for a touchdown. By the way, NBC looked like an absolute genius by showing the footage of Odell practicing one handed catches about 20 minutes before the actual catch. END_OF_DOCUMENT_TOKEN_TO_BE_REPLACED 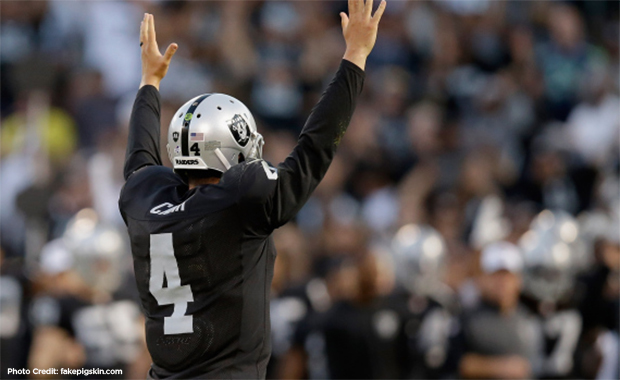 Hail to the Chiefs…well almost:

My initial post about the Chiefs was lauding their great game and defensive performance put up against the Seahawks. And I will still give them props. It was the battle of the stadiums who try to out-do each other with the decibel record, and at least in this matchup the Chiefs won. My idea was quickly banished after seeing the 0-10 Raiders, who were on a 16 game losing streak, take down the team that was tied for 1st in their division. Last night was an awful loss, and they need division wins if they want a shot at taking down Denver.

It’s tough to Relax when you in and out of your seat with your team scoring every drive! The Packers have gone off the past two weeks, and scored 50+ points in each game, a first in their franchise’s history. Their defense has also been stout, turning Mark Sanchez into the savior of the future into the Jet we all love and remember. It was kind of a crappy game, but I think the Packers have cemented themselves as the team to beat at the moment, and a team nobody wants to play.

END_OF_DOCUMENT_TOKEN_TO_BE_REPLACED

FMQB: Battle of the Slums

Sorry for that crappy pun, but Tony Romo squashed any questions that he should be playing on Sunday. Granted, he was playing Jacksonville, I could probably throw 300 on since they don’t blitz. But the panicking Dallas crowd has hushed for the moment as

For the third straight week, a QB has thrown 6 TD’s. Aaron Rodgers had to show up the others though, and throw all 6 of his in the first half. I remember watching a Sunday night game in the early 2000s with Manning playing against the Saints (it’s pathetic that I remember this, I just looked it up and it was 2003). He also got it early, and I remember practically praying to see him toss a 7th and tie the record. Even 6 at that time was unheard of to me. But we’ve actually seen 6+ TD’s 14 times since that Sunday night in ’03. This is proof the game has changed.

END_OF_DOCUMENT_TOKEN_TO_BE_REPLACED

FMQB: The Week that Could Have Been

The Game that Could Have Been:

It was rather disappointing to see Tony Romo didn’t play on Sunday, with what could have been an awesome regular season matchup, and still has the potential of being an NFC Championship preview. Still, you gotta think the Cardinals are legit. Only team without 2+ losses, and the first to hold DeMarco Murray to under 100 yards. They have also beaten the Eagles and Cowboys in back to back games.

I reverted to my days before the ability to watch most games, staring at a Gamecast and waiting a minute between plays to read the text of what happened. Having them get into field goal range with plenty of time left was nerve wracking. At that point OT seemed like a given, if not the win. They had 3 plays within the 2 yard line, and couldn’t punch it in. Admittedly, the Kaepernick fumble was very controversial, and after seeing highlights I think he actually scored, but the Football Gods rewarded the Rams after blowing 2 big leads.

The Game that Could Have Been #2:

The Patriots Broncos matchup also ended up being a little bit of a dud. Of course everybody freaks out at the fact to see a matchup with 2 of the greatest QBs in NFL history, but you expect a game like last year and not a 22 point thrashing. Brady has dominated the series between the 2 QBs, going 11-5.