FMQB: The Week that Could Have Been 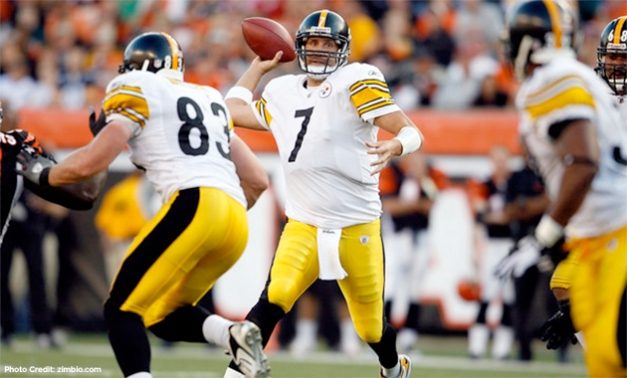 The Game that Could Have Been:

It was rather disappointing to see Tony Romo didn’t play on Sunday, with what could have been an awesome regular season matchup, and still has the potential of being an NFC Championship preview. Still, you gotta think the Cardinals are legit. Only team without 2+ losses, and the first to hold DeMarco Murray to under 100 yards. They have also beaten the Eagles and Cowboys in back to back games.

I reverted to my days before the ability to watch most games, staring at a Gamecast and waiting a minute between plays to read the text of what happened. Having them get into field goal range with plenty of time left was nerve wracking. At that point OT seemed like a given, if not the win. They had 3 plays within the 2 yard line, and couldn’t punch it in. Admittedly, the Kaepernick fumble was very controversial, and after seeing highlights I think he actually scored, but the Football Gods rewarded the Rams after blowing 2 big leads.

The Game that Could Have Been #2:

The Patriots Broncos matchup also ended up being a little bit of a dud. Of course everybody freaks out at the fact to see a matchup with 2 of the greatest QBs in NFL history, but you expect a game like last year and not a 22 point thrashing. Brady has dominated the series between the 2 QBs, going 11-5.

The Rams set a record for the least amount of sacks through 5 games with 1, then had 6 total through 6 games. On Sunday the Rams had 6 sacks in one half, and 8 by the end of the day.

The Saints are on a 2 game winning streak. The other 3 teams in the division have lost at least 3 games in a row.

Every team in the NFC East has started multiple QB’s except the Giants. In fact 13 of the 32 teams have STARTED multiple QB’s this year, and we’re only halfway through the season.

The Ravens are in last place in their division, yet have the best point differential at +66.

During last week’s Monday Night game, the announcers were clamoring how Jason Witten should be in the hall of fame (which I would probably agree). In his 11 seasons, he has 54 TD passes. In his 5 injury prone seasons, Rob Gronkowski has 50 and is only 25 years old.

A coworker brought up a really interesting fact to me last week that I just had to share. It seems like just about everybody roots for Peyton Manning, and it seems like the NFL might too, to the point of purposely scheduling colder climate games in the fall to avoid . In the first 7 games the Broncos played, only 2 games were on the road. So 5 of the potentially snowy home games were out of the way by October, as well as their trips to Seattle and New York. In their last 5 road games, Peyton plays in California twice, Missouri, and in a dome. It’s common knowledge that Manning struggles in weather, and the way the schedule is set up he gets to avoid as much of this as possible. With Ray Rice and Adrian Peterson, the NFL needs a guy that is highly recognized as a good guy. Peyton is that guy, and by some fancy scheduling, they can get him to play deeper into the season. (Cue Twilight Zone music)

Glad I got your attention. Remember when Gus Frerotte headbutted the wall in celebration and gave himself a concussion? Well in the next chapter of Redskins mishaps, their first injury of the day happened over 4 hours before kickoff, when the two buses carrying players collided.

In a similar situation as the Packers and Bears from last year, the Eagles find themselves with a top record in the conference, but relying on a backup QB to lead them to the playoffs. Foles went down with a collarbone injury, and in steps Mark Sanchez. He actually won them the game, and can technically probably go 3-5 and easily make the playoffs. My thoughts were different with the Jets, but I have a feeling he’ll do well and I’m kind of rooting for him.

How about them Browns! Tied for first in the best division in football, on a 3 game win streak, and just beat the Bengals on the road. They also held the Bengals to less than 200 yards of total offense. Will be very interesting to see how this plays out in December.