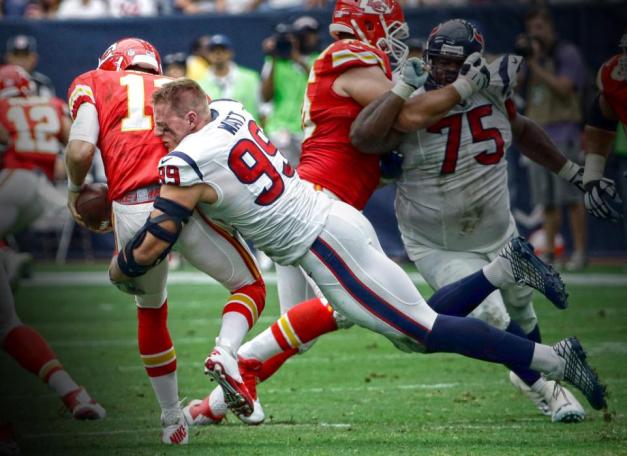 Pretty good start to the season, with some surprise teams, close games, and upsets. It’s only Week 1, and despite what every Viking, Colts and Seahawks fan will tell you, it’s not time to panic yet.

In the last 2 meaningful games the Detroit Cecils have played, they have blown leads of 18 and 13 respectively (a la Dallas playoff game). The Chargers had some pretty wicked comebacks last year as well, thinking of the Ravens game scoring 21 points in the 4th quarter to win. Fitting that these two met and the same thing happened. Despite going down early, SD outscored the Cecils 24-7 with Rivers throwing for 404 yards. Could be an interesting team to watch this year.

Battle of the Rookies:

In the first time a #1 overall draft pick QB faced the #2 overall draft pick in the first game of the season, the game was quickly out of hand. Just like teams shouldn’t panic, people also shouldn’t save a spot for Mariotta in the hall of fame quite yet. He did do impressive however (see stats below). There have been critics saying that Winston has looked terrible and has a “long way to go to be an NFL QB.” Mariotta seemed to thrive in the pocket and his transition from the spread offense to the NFL seemed fluid, giving him 4 TD’s in the first half. In fact he was pulled in the 4th quarter because it was such a rout. Wonder how many Buccaneer fans are second guessing their top pick this year.

Rams knock off the Seahawks:

Most people were shocked at the Rams win on Sunday. Being a fan, I saw it coming (they’re 2-1 against the Seahawks at home against Russell Wilson), but even I was surprised. I was very happy with the play of Nick Foles, he was efficient but not a rockstar. A few plays stood out to me. First, Tavon Austin is doing exactly what we drafted him for…in a sense. He’s more of that Percy Harvin type who you can put everywhere, but he’s still not the receiving threat we need. Austin had a 16 yard rushing TD, a punt return TD, and -2 yards receiving. I also loved that Kam Chancellor is holding out for a new contract, and the Rams needed a late TD to send the game into OT. They motioned a TE out wide and had a backup Safety covering him (should have been Chancellor). Instead the Safety fell down and Foles threw probably the easiest 37 yard TD he’ll ever throw. My favorite part of the whole game was the final play. Thinking back to how much flack Pete Carroll got for passing at the goal line, I think all 60,000 fans knew the ball was going to Lynch on that 4th and 1, along with all 11 defenders. The Rams stuffed Lynch behind the line to win the game, meaning the last 2 meaningful games the Seahawks have played, they’ve had 1 yard to go and couldn’t execute.

Manziel Giveth, and Manziel Taketh Away:

There still seems to be quite a bit of excitement surrounding Johnny Manziel. So when Josh McCown did his Elway impersonation (albeit much less gracefully) and was knocked out of the game, all eyes turned to see if Manziel had improved. And it quickly seemed promising, as he connected on 54 yard bomb for his first career TD pass. But it went downhill very quickly, with him turning the ball over 3 times. To put this into perspective, in 7 games Manziel has thrown 1 TD pass. In one half, Mariotta threw his first 4 TDs.

Drive of the Year (So Far)…

Whether it be poor decisions or an impressive final drive, the Cowboys Giants game was the game of the week. Up by 3, Los Tramposos had the ball with a 1st down at the 4 yard line. Common sense dictates 2 scenarios. You either run as much clock out and kick a field goal, or you score a TD to go up 2 possessions. Somehow the Giants didn’t try either one. Sure they ran it twice, but made the mistake of telling Jennings not to score (why not, you go up by 10?!?! You don’t score if it’s less than a TD). Then, with the Cowboys out of timeouts on 3rd down, they inexplicably throw an incomplete pass, stopping the clock! What the heck? What’s the point of trying to score there if you’re not going to the first 2 plays, and why not run so if you don’t score another 40 seconds goes off the clock? Terrible sequence by the Giants. The Football Gods agreed and we watched a fantastic drive by Tony Romo, 6 plays for 72 yards.

A lot of people had the Bills being good, but I think still taken aback with defeating the Colts whose last meaningful game was trying to get into the Super Bowl. Their defense looked top notch forcing 3 turnovers, while Tyrod Taylor looked like he was in his 5th year of starting in the NFL despite it only being his first start. Excited to see where this team goes this year.

FMQB is a proponent of never leaving the game until the final second ticks off the clock. I found it hilarious seeing Seahawks fans last year at the gate of the stadium watching the TVs as their team went to the Super Bowl. Well last night I made the mistake when the Bronco game got tied up. I didn’t particularly want to stay up for OT so I went to bed. I had not even finished brushing my teeth before my phone went off saying the Broncos won the game on a Fumble Return for a TD. Dang it!

Marcus Mariotta had a perfect passer rating, in his first NFL game ever

The top 4 QB’s in passer rating are Mariotta, Brady, Rodgers, and Tyrod Taylor…

Peyton Manning is 28th in the league for passing yards, and tied for last in passing TD’s

The Seahawks are alone in last place in their division

The Titans are alone in first place in their division

Seattle’s defense allowed the most points since October of 2013

Jameis Winston’s first NFL pass was a pick 6. (This stat has been overused this week but I have to say it): The last QB to have their first pass returned for a TD was Brett Favre.

Despite many people having the Vikings as a playoff pick, they were the only team to not score a TD this weekend

If the Playoffs Started Today:

This is admittedly one of my favorite categories to keep an eye out for, albeit ridiculous after Week 1. Anywho, if the playoffs were to start today, the Jets would be the #1 seed in the AFC, and the Rams would be the #2 seed in the NFC.

Realization of the Week:

In Winston’s last 2 games that meant anything, he’s 0-2. Both have been losses to Marcus Mariotta, despite both playing for different teams in different leagues (FSU lost to Oregon, TB lost to TEN)

New England at Buffalo- You can never pass up a meeting between Rex Ryan and Bill Belichick. But with the revamped Bills there’s actually a chance at an upset

Dallas at Philadelphia- Division rivals, DeMarco Murray against his old team, should be a good game in Philly

Seattle at Green Bay- Rematch of the epic NFC Championship. Despite being in different divisions, there’s certainly a rivaly between these 2 teams with the Hasselbeck guarantee, the Fail Mary, and last years Championship.