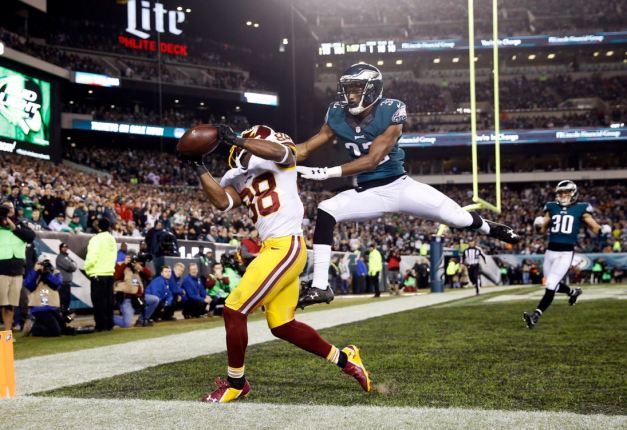 After a hot start and then dreadful losing streak, the final Panthers game was the Falcons Super Bowl this year. It was a bit disappointing to see them get 14 wins and not be able to finish it off. They didn’t even need trick plays or turnovers to lose the game. The Falcons dominated the clock, and they dominated on 3rd down defense. The Panthers only had 8 possessions, didn’t score a TD after their opening drive, and were held to a dismal 113 yards passing. It may be a blessing in disguise though, as now they won’t face the pressure that the 2007 Patriots faced, and they won’t be forced to make the “resting” decision this week.

Yes it’s been dissected in a thousand different ways so far, but I had to put in my two cents. Also, please don’t forget that this was a pretty epic game between division rivals, that it’s almost a shame that the coin toss is overshadowing everything. Mike Zimmer deferred earlier this year due to the wind, and it worked out for him, but otherwise deferring is pretty rare and typically unwise. With how confused Matthew Slater was during the coin toss, I’m convinced that the coaches took one for the team. I think he was so used to kicking (almost muscle memory), that he said it on accident with the help of the ref being somewhat confusing. The coaches not wanting him to be the goat stepped in and took the blame.

I’m a bit surprised that the Eagles are firing Kelly after only 3 seasons. He’s had two 10-6 years and then a dropoff to 6-9. It sounds like egos were involved, but that’s too soon to fire a coach that many people see as an innovator of the game. Granted he made some pretty bold moves, but look at McCoy’s numbers, Foles isn’t even starting anymore in St. Louis. He’ll be a coach next year at either level, and will be seen as a success very soon. This week also leads to Coach Firing Monday which could be the following: Tom Coughlin, Giants. Mike Pettine, Browns. Jim Caldwell, Lions. Jim Tomsula, 49ers. Chuck Pagano, Colts.

Take a look at the current slate of Quarterbacks who will be leading their teams in the AFC. Brandon Weeden, AJ McCarron, Brock Osweiler, Ryan Fitzpatrick, Alex Smith, and Tom Brady. Brady has 21 playoff wins (4 for Super Bowls), while Weeden, Osweiler and McCarron have a combined 11 wins…total.

Last year it was pretty evident that the Top 2 draft picks would be QB’s, while this year is a bit more up in the air (granted I don’t follow College too much). But at the moment, the Titans have the #1 draft pick, although they have to lose to the Colts with a 4th string QB. This could set up the Browns to get the next spot. And with Tennessee already having a QB and Manziel showing all of his issues, they could be poised to take the first QB in the draft. The Cowboys are currently 3rd. The only reason they’re not a playoff team is because Romo got hurt, so they could add some considerable depth at either #3 or higher.

2 of Baltimore’s 5 wins have come against the Steelers

Of the Rams 7 wins, 4 of them have come in the division (4-1). They have also beat the Seahawks 4 times in the last 4 seasons, despite Seattle being a playoff team all 4 years and a Super Bowl team 2 of those years.

Colts, 49ers, Bills, Texans, and Raiders’ kickers have eached missed 4 extra points this season, or half of what the entire 2014 total was

This used to be (and perhaps still is) the benchmark for a hall of fame WR. If you think about it, that’s 10 full years of 100+ catches; both of which is tough to do in the NFL. Coming into the season, there were only 9 WR’s who had ever caught 1000 balls, now there are 12. In the 95 years of the league, that’s pretty impressive that the list increased by 33% in one season, and a testament to the pass-happy offense we now see. What’s even weirder, is that 8 of the 12 have actually played together on the same team! Jerry Rice and Tim Brown were in Oakland together, Terrell Owens and Jason Witten had a stint in Dallas, Marvin Harrison and Reggie Wayne played a significant amount of time for Indianapolis (although may have benefited from the best QB of all time), and Larry Fitzgerald and Anquan Boldin spent quite a while on the Cardinals together.

The NBA is notorious for frowning on tanking to get the #1 pick, but the NFL really doesn’t seem to care that much. We have a few interesting games this week on either end of the win/loss spectrum. We were all wondering whether Carolina would rest their players should they lock up the #1 seed, but instead we’re closely watching a few other teams. With Arizona fighting for a #1 seed, they should be going all out and should beat Seattle at home. Should Seattle lose, the Vikings and Packers have an interesting decision to make. The winner of that game wins the division and has a playoff game at home. BUT, they play the red-hot and defending champion Seahawks. The decision comes here: each team has a chance to rest players (giving them a bye week entering the playoffs) and guarantee a shot at playing the Redskins, a .500 team albeit on the road.

The other unique scenario comes with Washington. They have the #4 seed no matter what happens, but in a twist they’re playing division rival Dallas. The Redskins also have a chance to give their players a bye and some rest. And if Dallas loses, but Tennessee and Cleveland win, Dallas gets the #1 overall pick and potentially a player that could wreck havoc on the Redskins for the next decade. But the Redskins are also a team that needs to play well consistently, so there’s a risk that a week off loses much of their momentum.

Props to the Schedule Makers this year. Granted each game is a division rivalry, but there are 3 huge games this week.

Jets at Bills: The Jets control their destiny, and win and they’re in. Rex Ryan on the other hand has a chance to knock his old team out of the playoffs

Seattle at Arizona: Had Arizona not run away with it, this could have been the division deciding game. Either way, Arizona is fighting for a #1 seed, and Seattle is fighting for an easier game against the Redskins. Could be a battle and preview of a playoff game.

Minnesota at Green Bay: Winner wins the NFC North and gets a home playoff game.