FMQB: Blame it on the Rain

Posted by fmquarterback on November 1, 2019
Posted in: Uncategorized. Leave a comment

FMQB: Blame it on the Rain

Belichick became the 3rd coach to reach the 300 win threshold. I’ve mentioned this years before, but I wasn’t around for the Shula years and curious how he was portrayed and if people hated/respected him as much as Belichick. It’s also crazy to think how dominant Belichick has been for 20 years, and know that another coach is still ahead of him. Granted Shula had 2 hall fo fame QB’s behind him, but only won 3 titles. Belichick is 47 wins shy of Shula, and probably has 1 solid year with Brady left. Best case scenario ends the season like 39 games shy. That’s easily 4-6 more years of coaching to break the record depending on Brady’s replacement. I think Bill wants it though, and that’s the only reason he came out this week saying he’d coach into his 70s.

The Patriots have a 2 ½ game lead over the #2 team in the AFC. You NEVER see that in general, let alone this early in the season!

A regular season football game had 61% higher viewership than Game 5 of the World Series. Proof of what America’s actual pastime is. Also, does anybody else remember when there was no SNF for a week during the year due to baseball? I sure do, around 2007 ish.

Jared Goff is leading the league in passing yards, Derek Carr and Kirk Cousins are tied for 1st in completion percentage

Non-Football Stat of the Week:

The World Series became the first time in major sports that road teams won the first 6 games of a series. Obviously football doesn’t do series, but this has never happened in MLB, NBA or NHL in the past. The Road team won game 7 as well, just for good measure.

Never knew this until this week, but each week of games is supposed to have some meaning in regards to NFL history since it’s the 100th season. The more you know:

Happy to play throw and catch with my brother Blake bortles 😂😂😂😂 thank for playing with me tho kid appreciate you https://t.co/veNaOLKLpb

The Falcons released 44 year old kicker Matt Bryan after missing two 50+ yard FG’s on Sunday. Guy’s literally been with the team since 2009!

The Bengals benched 9 year QB Andy Dalton on his birthday and 3 hours before the trade deadline essentially ensuring he won’t see a regular season down for another 11 months.

Scenario of the week:

Reader Submitted Quotes of the week:

*Introducing KC WOLF!!!*
I turn to the guy next to me, I always thought that was a rat!

Guy in front of me- Great game.
Me- Yeah this is awesome I am just a fan of the game so I am loving this.
Guy in front- That is why I like Packer fan’s, not like the Raiders or Bronco fans, lol. 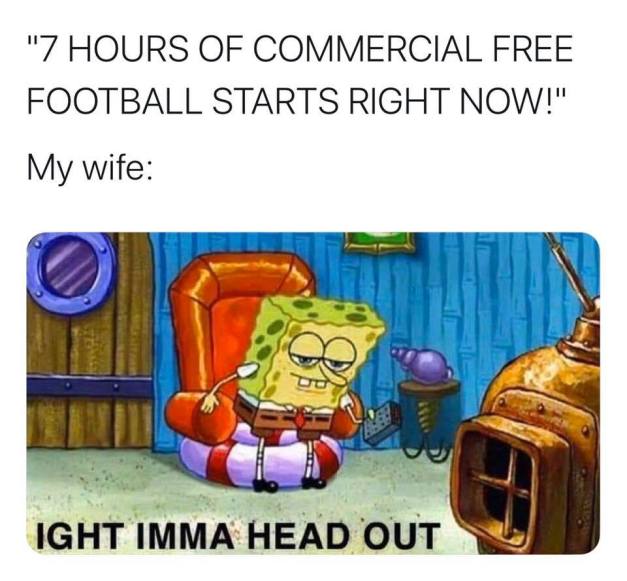 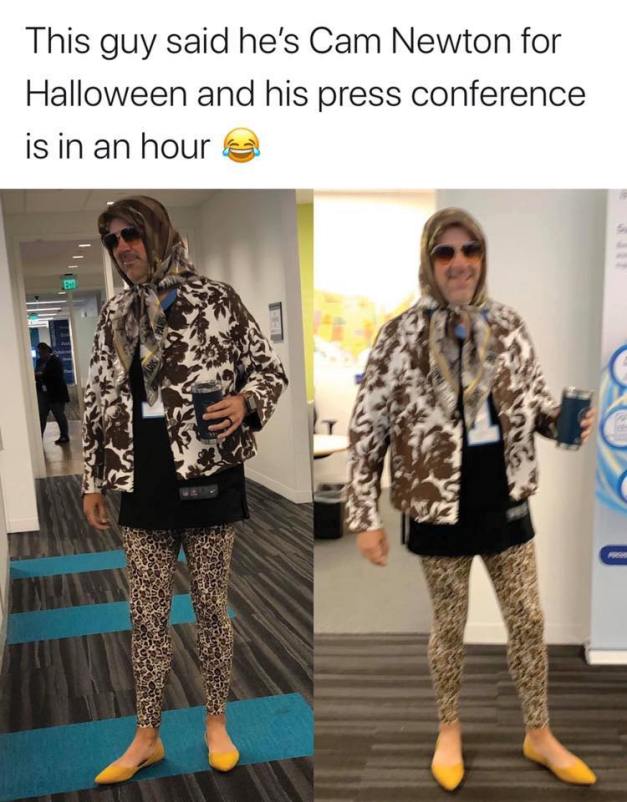