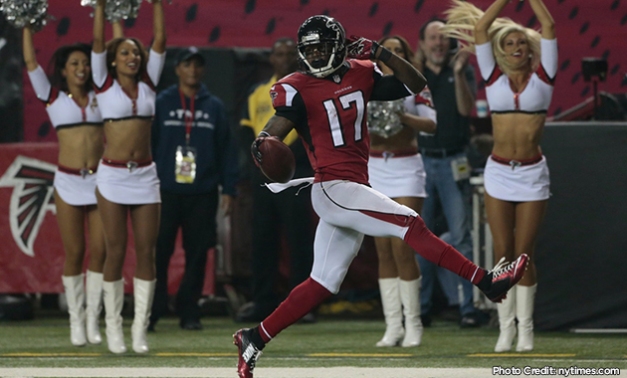 I am going to do something completely drastic this week. Something that ESPN and every sports talk radio show refuses to do this week…talk football.

Yours truly was sooooo excited for football to start 2 weeks ago, the offseason seemed longer than normal. I was slightly disappointed to start the season watching lackluster games. My slate started as Seahawks vs Packers (20 point rout), Vikings vs Rams (28 point rout), 49ers vs Cowboys (11 point rout, but it wasn’t that close), Colts vs Broncos (7 point, but I fell asleep with the Broncos up 21), and then Detroit vs Giants (21 point rout). Rather disappointing, and it was only getting worse as we watched the Ravens kill the Steelers and then the Vikings get killed by the Patriots last week. I was on a role of 7 crappy games! But then all of a sudden it’s like a switch flipped, and I was trying to watch the Rams, Packers and Chargers all win last second games at once. Then the Bears crazy comeback on Sunday followed by the Eagles comeback on Monday, and I think it’s safe to say that football is back! (Watching the Falcons rout the Bucs last night didn’t help my case.

“Timeout, we’re not ready to win”

FMQB has always been amazed at the amount of coaches who call timeout to ice kickers, and then see the kicker miss the “practice” kick, but then drill the real deal. Sunday’s timeout mishap involving the Jets was probably the worst I’ve ever seen. Down by 7, “somebody” called timeout right before Geno Smith threw a 37 yard bomb to the endzone for a TD. By rule, only the head coach can call timeout from the sideline, but the ref somehow heard a Defensive Tackle call timeout, and then looked to see the Offensive Coordinator calling timeout. It was surprisingly granted to them and it cost them the game in a crazy turn of events.

Kansas City decided to show up against the Broncos this week, and had a very close chance of winning the game. Their final drive was a clown show of events for the Broncos defense, needing to go 66 yards in 3 minutes to score. Three plays in, Alex Smith threw a pick 6, only to be nullified by an offsides penalty. Still marching down the field, Smith later gets sacked and stripped of the ball. This was also overturned in a crazy ruling saying it was a forward pass (horrible call). They made it to the 2 yard line before missing on a 4th down, but it was by far the craziest drive of the day.

As I pointed out two weeks ago, the Seahawks are going to have a target on their back all season. Each team who plays them will be playing “their Super Bowl” in trying to knock off the champs. The Chargers came into the game off a rough Monday night loss with vengeance. Antonio Gates looked like the player he was 8 years ago, and dissecting the TD plays is crazy to see. It’s almost like Gates ran an unconventional routes to beat the defense, and Rivers knew exactly what he was thinking! Shows what a 10 year QB relationship can do for a team, because it won them the game.

Not to panic like last week, but there are 4 surprise teams that will be very fun to follow this year. Buffalo could be a Cinderella story at 2-0. They may not win the division, but are on their way a good enough record to make the postseason. I’m also picking the 1-1 Browns as another surprise. They barely lost against the Steelers, and beat the powerful Saints at home. The Browns also have yet to turn the ball over which says the most. Win the turnover battle and they could win more games than expected…Two teams I’m sadly surprised in are the Saints and Colts. Both playoff teams from last year, they’ve both started 0-2. Only 8% of teams that start 0-2 make the playoffs. I’m boldly predicting that both make it!

Fantasy Point of the Week:

FMQB benched both Brandon Marshall and Antonio Gates in fantasy leagues this week. They had 6 TD’s combined

Stolen Stat of the Week #2:

Ryan Fitzpatrick has a passer rating that is 39.5 points higher than Tom Brady

The Bears final 4 possessions in the game were TD, TD, TD, kneel down

Chad Henne has already been sacked 13 times, the next highest is 7

15 of the top 16 scorers in the league are NOT Kickers. It is typically very common for Kickers to lead the league in scoring. Case in point, in 2013, 29 of the top 30 scorers were kickers.

Stolen Stat of the Week #6:

There were 34 flags thrown in the 49ers vs Bears game. That’s nearly 1 flag  every 3 plays.

It was great to see Devin Hester finally break Deion Sanders’ return TD record. I distinctly remember 2006, when Hester came onto the scene and ran back 6 kicks in only 13 games. He then had 6 more the following year, making it seem like he would demolish Sanders’ record in just a couple years. So glad to see it finally happen. I’m not sure we’ve ever seen, or will see another returner that was feared so much. In his prime, it was practically worth kicking the kickoff out of bounds and putting the ball at the 40 rather than give it to Hester.

The NFL has made some great advances in their instant replay rules the past couple years. Currently all scoring plays or turnovers are reviewed. They also implemented the NFL Headquarters looking at plays before the refs even get to the hood, which has sped up the process drastically. FMQB actually advocates, “when in doubt, call it a TD (or INT)” so they’re forced to review it anyway. But if that’s the case, why didn’t they review the Percy Harvin run for a TD when he was clearly out of bounds? If it’s close, refs NEED to review the play. That was close enough to warrant a review, and the NFL got it wrong (and admitted it). But insert new “Fail Mary” cliche if the Seahawks would have won this game.

“Seriously, there are 4 flags on the field!” Al Michaels

Broncos at Seahawks: Of course, we get to see the Super Bowl Matchup. My prediction is Seahawks 24, Broncos 20.

Texans at Giants: Or should we say Game of the “Weak.” Chance that Houston starts 3-0?