FMQB: Game of the Year 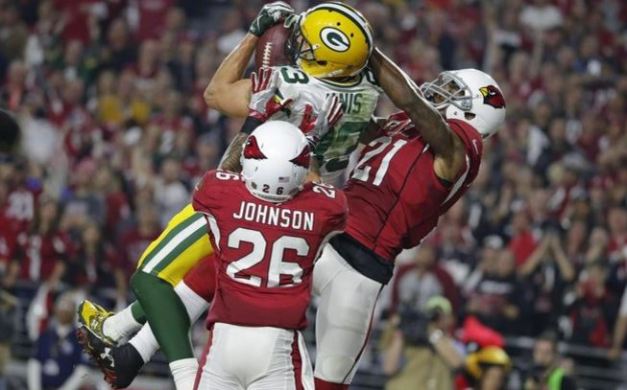 With all the Wild games from the first week, with road wins and crazy calls, we have a bit of a normal playoff set, with the #1 and #2 seeds facing off in both conferences. Perhaps a bit boring, but we had another great week of games.

Race against the Clock:

Despite dominating the Patriots in time of possession, yards, and even first downs, New England held the lead the entire day. The first drive, the Patriots had an 11 play scoring drive. What was telling about this is what has plagued the Patriots recently; all 11 plays were passes, not runs. I’ll get into that later, but the lack of a running game proved to be an issue. The Pats ran 14 times for 38 yards, but Brady was efficient enough to win the game for them. The story of the game however came down to clock management. The Chiefs got the ball back with 6:29, all 3 timeouts but down by 2 TD’s. This is feasibly plenty of time, as you can even take your time and score in 4 minutes, then use your timeouts and get the 2 minute warning. Inexplicably, they get down to the 1 yard line with about 2:53 left, but it takes 5 plays to punch it in and the Chiefs huddle for every one. Their score came at 1:13 left in the game; or 5:16 after they got the ball. That’s inexcusable, and they didn’t even give themselves a chance. In true Patriots fashion, needing one first down, Brady throws it to Gronkowski who tips the ball up and into Julian Edelman’s hands getting the perfect amount of yardage for the first down and the win.

Game of the Year:

In a very even and back and forth affair, the game was good even without the excitement of the last 5 minutes. The Cardinals led 7-6 at halftime, and the game had 3 lead changes but weren’t tied until time had expired.  Late in the 4th quarter, the Cardinals were driving but down 13-10. On a completely flukey play, Palmer throws to a slanting Fitzgerald. It bounced off of him and went 7 yards behind him directly into the hands of Michael Floyd. I’m not exaggerating when I say it went right to Floyd; he didn’t even have to adjust his route. The Packers got the ball and turned it over on downs, giving the Cardinals the ball already in FG range. The Packers, with 1 timeout, were going to see a lot of clock tick away. On 2nd down however, the Cardinals inexplicably called a pass. I can see you do this to win/ice the game, but you’re already in FG range. Your enemy is the clock, not field position or the score. Eitherway, it was incomplete which gave Rodgers an extra 40 seconds, which he would need every bit of. The final drive will be replayed for years to come! Immediately getting to 3rd and 20, Rodgers heaved about a 50 yard pass to Jeff Janis who missed the ball but was blatantly interfered with; no flag. Packers fans would have a lot to be upset about, except on 4th and 20, in what looked like the exact same play, Rodgers heaved a 60 bomb to Janis who secured it with 21 seconds left. After two incomplete passes, the Packers had the ball on the 41 with 4 seconds left. We had seen it before against the Lions. Most teams would think there’s zero hope in this situation, but watching it happened almost seemed like there was some confidence. The Cardinals played it well, deciding to rush Rodgers and force him to throw it before his receivers were down field. Rodgers threw it up early, and miraculously Jeff Janis came down with the ball in the endzone! I was at a Packer bar watching the game, and the place exploded!

Overtime started off bizarrely, with a coin flip controversy where the coin didn’t actually flip. The Ref (same ref who was a part of the Patriots Jets OT coin toss controversy) tossed the coin, which magically went straight up and then down without rotating. He said they needed to re-toss, Rodgers looked upset, and of course the Cardinals won the 2nd toss. It looked shady initially, but it sounded like the initial toss landed the Cardinals way anyway. The second toss went to Arizona as well, and apparently all the hullabaloo was the fact that Rodgers couldn’t change his call from heads to tails. It sounds amusing at first, but this actually cost them the game in the end.

As what seems to happen in playoff overtimes, this one was short and sweet. On the very first play, Carson Palmer was nearly sacked but flushed right. To preface, Quarterbacks are ALWAYS lectured to not through across their body to the other side of the field. Packers defenders knew this too, and started covering the side of the field Palmer was on. Unfortunately they left hall of fame wide receiver Larry Fitzgerald wide open on the far left side of the field. Palmer threw across his body, and the 32 year old Fitzgerald turned on the jets and looked like the fasted player on the field. 75 yards later, the game was all but over as he got tackled at the 5 yard line. Touchdown two plays later, Cardinals win and give Carson Palmer his first playoff victory. This was the most exciting game of the season, by far.

Against the defending NFC champs and top defense in the league, the Panthers proved why they deserved the #1 seed and likely should be undefeated at this point. They scored on their first 5 possessions, taking a 31-0 lead 23 minutes into the game. It was a blowout, people (including me) were turning the game off at halftime. But in a tale of two halves, it’s like the Panthers already knew they had won the game. And as every coach probably says in that situation, “if they can score 31 points in a half, so can we.” The Seahawks came out not on fire, but on a consistent push to chip away at the lead. Their defense held strong, and all of a sudden it was a 10 point game with over 6 minutes left. It was interesting to look at the Panthers sideline, they were starting to look baffled and almost shocked they were coming back. Cam Newton looked powerless, just looking up at the jumbotron and knowing he couldn’t do anything. But all the drama was preserved and the Panthers were able to run out the clock in the end, after a valiant comeback.

Starting off as one of the hottest teams of the year, for the first time it feels like the #1 seed hardly deserved to even be in the playoffs. Both the Broncos and Manning seem to be limping to the finish line, it’s almost like you can physically see their window of opportunity closing as you’re watching them play. Nevertheless, mainly thanks to their defense, they are still winning games. Denver played sloppy football, with Bronco receivers dropping 7 balls. To put this into perspective, Larry Fitzgerald had 1 drop and 109 receptions all season…In what was a bit of a sleeper until the end, the Broncos didn’t score a TD until 57 minutes into the game. Once they finally got the 20-13 lead, the defense took over and caused the crucial fumble and drive ending sack to secure the game.

At one point in the game, the Panthers had run 31 plays, and had 31 points

Seattle’s defense gave up the fewest points for the 4th straight year. Impressive until you realize they gave up 31 points in one half on Sunday.

Jeff Janis entered Sunday’s game with 95 yards receiving in his career. He had 101 yards in 2 plays on the final drive

Thought of the Week:

For the 2nd straight year, the Packers ended their season going to OT in the playoffs and never touching the ball. If you’re tied going into OT, you have to figure that you have a 50% chance of winning, maybe even less on the road. In the last 2 seasons, Green Bay is 5 for 9, or 56% on 2 point conversions. You’ve got to wonder, is it worth going for 2 in that situation when the clock is at 0:00? You also have the Cardinal defense reeling after going 101 yards. The Packers never got a chance on offense, I almost think it’s worth going for it in this case. To be fair to the competition committee’s new extra point rule; everybody held their breath during the Crosby kick to send it into OT. It didn’t feel like a “gimme.” Nice job, and keep that new rule.

I was 3-1 in predictions during the wacky Wild Card week, and 1-3 during the quite normal Divisional round

And Then There were 4:

With all the talk about Brady vs. Manning (and I’ll get sucked in too), but it may come down to Broncos Defense vs Patriots rushing and tight ends. Manning didn’t play the last game in week 12, but it was the Overtime thriller. The Broncos won the game on a 51 yard scamper by CJ Anderson in OT, giving them 179 yards rushing while holding the Patriots to 37 yards rushing. I think the Broncos have an edge since the Patriots now have to plan for Manning, who they didn’t gameplan for several weeks ago. I just don’t know if I have the confidence in Manning’s arm to beat the Patriots one last time. I hate to say it, but I have the Patriots winning 24-13.

Cardinals played in Carolina last year in the first round of the playoffs, but it was backup Ryan Lindley struggling against a 7-8-1 Carolina team. The Cardinals ended up having 78 yards of offense, which was the fewest in postseason history. Weather could turn this game into a defensive slugfest, as they’re forecasting a half inch of ice…not snow, ice! I’d love to see Arizona win, but I have the Panthers winning it 34-31.

Panthers vs Patriots: A rematch of Super Bowl 38 which was an exciting game with 37 points scored in the 4th quarter and another Vinatieri game winning kick. Would also be a rematch of the crazy Monday night ending from last year where the Panthers squeaked away on a non-call in the endzone to end the game.

Panthers vs Broncos: This would be an awesome game. An ode to the old school NFL with 2 running teams and 2 defensive juggernauts fighting it out for Super Bowl 50. It would just be cool to see an old school style of football played after all the changes in the game the past 50 years.

Cardinals vs Broncos: Perhaps the weirdest potential matchup of the 4, but also the one I’d like to see the most. No matter what, either Fitzgerald and Palmer finally get a ring, or Manning can ride off into the sunset. This would be the “feel good” Super Bowl.

Cardinals vs Patriots: If you like passing, this would be the most fun and perhaps highest scoring matchup. A true Super Bowl shootout would be an awesome game to watch.