FMQB: Know from Wentz you came 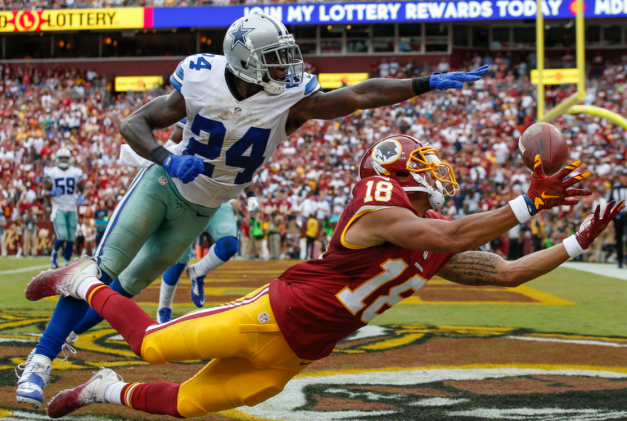 I’m going to start off by saying, it was one game people. But wow did Sam Bradford look like the #1 overall draft pick he should have been all along! This has to have been the highest pressure situation in a Week 2 game in NFL history. New stadium, bitter rivalry game, new team, he has been studying the offense for 15 days, first start with the team. It’s so dire, you almost can’t blame him if he loses! But instead he thrived. He found a favorite target in Stefon Diggs, who now leads the league in receiving yards. He is famous for his injuries, and being skittish in the pocket. But he held strong and got crushed several times, only to sit up and see that he completed the ball. Bravo Bradford, on your best day as a pro. I think if you ask most Vikings or Packers fans after Teddy’s injury, very few TRULY thought that the Vikings would be alone in 1st place after 2 weeks. On a side note, that defense is starting to look a little scary.

Browns are starting their 5th QB in 5 games. Only the 2nd Team since the merger to ever do this. They should make a jersey for this!

Rams have yet to score a TD this season, but are in a tie for 1st in the division

In case you haven’t noticed, I’m really digging this Win Probability graph that ESPN has. At one point in the game, the Ravens were losing, but still had a 65% chance of winning the game. Even the numbers hate the Browns!

The Lions had 3 TD’s called back by penalty, and at one point had a 1st and Goal from the 1 yard line, but had to settle for a 42 yard FG

Know from Wentz you came:

I think it’s fair to say I have major man-crushes on both Dak Prescott and Carson Wentz; I’m not afraid to admit it. Then again with Wentz, I am a North Dakota guy, so you can hardly blame me. I’m still mad the Rams took Goff over him, but it’s yet to be seen what Goff can actually do. Here are a few of thoughts and stats on Wentz.

No Lead is Safe!

I’m not giving up on games anymore. I was shocked, once again, to see a team that should be losing up 20-0 early in the game. Of course with the curse of the Browns, the Ravens came back and the Browns didn’t score after the 1st quarter. Not even a field goal.

The Lions game was a game of field goals, and penalties. Here’s one I’m glad I stayed away from, although the final drive from the Titans was pretty sweet. 6 minutes to milk the clock and throw a TD with 1:13 left. Cool to see Andre Johnson make the winning catch.

Props to Bill Belichick’s coaching staff. I’m always amazed that you can throw in Troy Brown at Cornerback and they can still effectively win a game. Or last night you can throw in a 3rd string QB and not only win the game, but demolish and shut out a playoff caliber team! What the heck do you have to do to beat these guys! Wow.