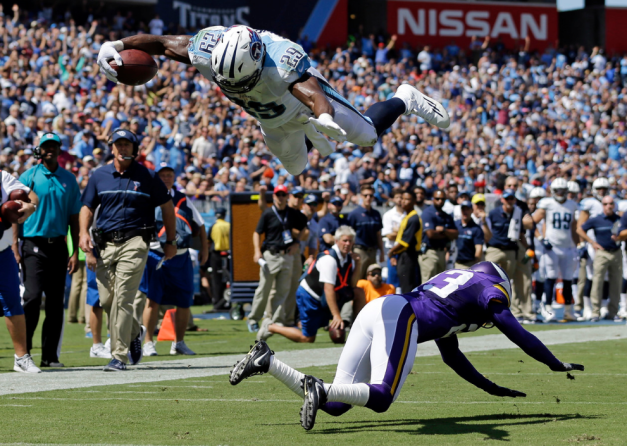 Last season seemed to be the season of comebacks, but it’s already looking like this season might be crazier! Record amount of 4th quarter comebacks in Week 1 already.

It’s rare that backup QB’s come in and do so well for teams. Perhaps why the stories of Tom Brady and Kurt Warner stay in people’s minds. It makes it almost more impossible that a new wave of young QB’s has seem to taken the field by storm. First time starters Trevor Siemien, Jimmy Garapolo, and Carson Wentz all won, and all looked solid! Even Brock Osweiler and Jameis Winston definitely showed up, who of course played last year but aren’t household names. Dak Prescott also had a decent first start with no real mistakes. It makes you wonder if gone are the days where you have your top 5 QB’s that everybody focuses on, and the rest are mediocre.

Love, love, LOVE the call by Jack Del Rio to go for 2 at the end of the game! Coaches never want to take risks, because it’s their heads if the call is unsuccessful. So Kudos to the Raiders for taking a chance, it was the right call even if they failed. The situation was ripe for it. You’re in a shootout, so obviously your Defense wasn’t stopping the Saints (but the flipside is also true). They were on the road, so an additional period likely favors the Saints. OT is probably less than 50% chance you win the game, but a 2 pt call is right around 50-50. Don’t get me into the fact that the extra point is definitely not automatic anymore (as we saw 4 teams run into this week). The only thing I’m not a fan of is the play call itself; fade routes can be tough to execute. But either way the Raiders did it. Week 1 is never a “must win” scenario, but it could be season defining for Oakland where a precious win will pay dividends in their playoff push.

Cam Newton broke the record for most rushing TD’s by a QB with 44, beating Steve Young. Cam is 27 years old, and did that feat in 79 games vs. Young’s 169 games.

There were Nine 4th quarter comeback wins this week, a record for Week 1

Is Revis Island sinking? He gave up 10 receptions on 10 targets, for 152 yards and a TD. Granted that player was AJ Green, but that’s pretty poor.

So much for being washed up! Drew Brees leads the league in Yards, TD’s, and Passer Rating

The Los Angeles Rams have not scored since Dec 24th, 1994

4 games were decided by exactly 1 point, the first time that’s happened in Week 1

Blair Walsh followed up his missed chip-shot field goal in the playoffs, with 2 missed FG’s and a missed extra point on Sunday. Yet they still relied on his leg to win the game, he made 4 other FG’s.

I purposed last year that the new Extra Point rule would start deciding games. Well it hit Week 1 with a vengeance, with 5 missed Extra points (not blocked, straight up misses), one of which cost them the game.

In addition, both the Panthers and Cardinals had Field goals with a chance to win the game at the end, and both missed.

To continue to compare Rodgers to Brett Favre is almost an insult to him at this point. But Rodgers has an amazing knack of also letting a play break down and utilizing that to his advantage. Rodgers had 2 insane TD passes this week, that 31 other QB’s in the league couldn’t have pulled off. The first play the pocket completely broke down, but he bobbed and weaved his way into making a jump pass to Jordy Nelson in the endzone.  The second one was even crazier, as the clock was ticking down on the half. The pocket broke down again and he had a lineman hanging onto his jersey. He still managed to muscle a throw out; and not just any throw, a perfect pass that was half an inch from the defender. All this on top of the first Packer TD which was a broken play where he scrambled 15 yards into the endzone. Guy is a beast, it’s almost not fair.

Flipping through scores on Sunday, I remember being absolutely shocked to see that the Chiefs were down 21-3 at halftime. ESPN has a cool “Win Probability” graphic they have rolled out this year, and for a majority of the 2nd half, the Chargers were between 96% and 98%. Going into the 4th, the Chargers were up 27-10. After a missed Chargers FG (one that would have sealed the game), the Chiefs had a 2 minute TD drive, a FG drive, and a 46 second TD drive to tie the game up. Chargers never saw the ball in OT with the Chiefs scoring a TD on their first drive. Crazy comeback, division win.

Granted life isn’t fair, but I think teams that have to start the season with a major division matchup have a bit of a beef with NFL schedule makers. Teams are still getting settled after preseason, some starters have barely played an actual game in the past 9 months. I think you need to give teams a week or 2 to build up, which I think could lend to better matchups as well. But there were 4 divisional games this week (or 8 teams), who already have playoff implications on their record while the Eagles got Cleveland, Texans got the Bears, etc. There were more non-conference games (10), than not, but putting division matchups so soon isn’t kosher.

Elephant in the Room:

I refuse to comment about the National Anthem issue in this forum, but I will say this about Kaepernick. This is the most attention a backup QB has gotten since Tim Tebow was in the league.

Bengals at Steelers: Battle for the division early in the season

Cowboys at Redskins: Same here, with two 0-1 teams that had high hopes

Colts at Broncos: Still should be an intriguing game, even though the Peyton Manning drama is missing between this matchup