Posted by fmquarterback on October 7, 2016
Posted in: Uncategorized. Leave a comment 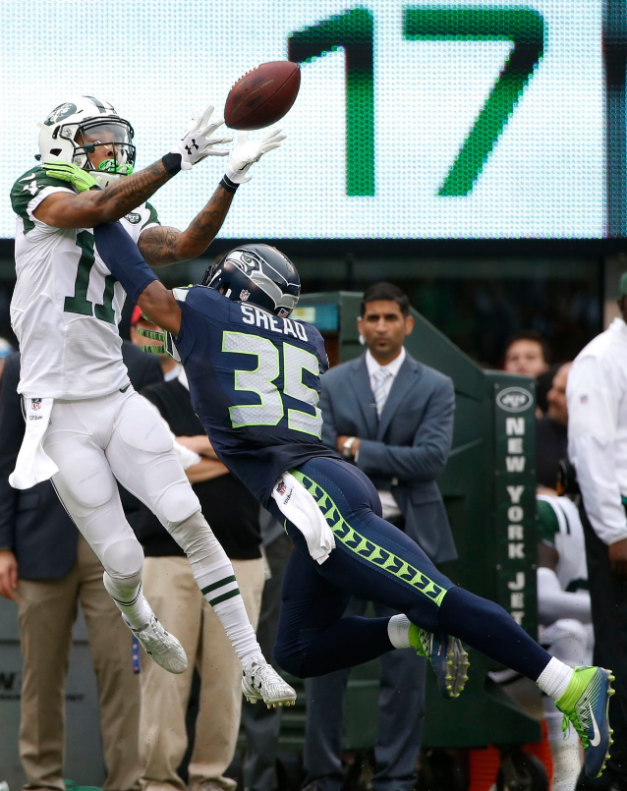 It’s Week 4, and you’ve already blown 2 massive 4th quarter leads! Sunday’s was an abomination, their last 3 possessions ended in Fumble, Fumble, Interception. What’s even worse was the time of possession they had. When you need to milk the clock the most, they fumbled after 1 play (10 seconds), Fumbled after 1 play (8 seconds), and intercepted after 4 plays (47 seconds). 3 possessions barely milked 1 minute off the clock! They were up 34-21 with 6:50 left in the game. They’re 2 blown leads away from being 3-1, that’s just very poor closing of games.

There are two relatively surprising teams this year, all in black. Take the Falcons with a grain of salt, as they went 6-1 last year before ending 2-7. But they are looking very solid, top offense in yards and points, 2 full games up on the division, and an MVP year for Matt Ryan. I don’t want to say “cruise” to the division title, as I think the Panthers have been a fluke so far, but they’ve got a decent lead a quarter of the way through.

The Raiders were also many people’s sleeper team, and they’re looking strong too. Their only loss is from the aforementioned Falcons, otherwise they’re 3-0 on the road, including taking out an undefeated Ravens team last week.  Derek Carr is 4th in both TD’s and passer rating, and is leading his team to nice victories.

The NFC East seems to have been that mediocre division where the one to win the race to 9-7 ends up winning the division. But they’re looking solid this year. They’re the only division where each team has over 2 wins, the last place team is 1 game out of 1st place, and teams a combined 10-5 (and 2 of those losses were because they played each other). The division has 2 rookie QB’s dominating the game right now, a 2X Super Bowl winner, and the reigning division champs. This is the playoff race I’m most excited to watch.

Reporter Mishap of the Week:

Did anybody see the Dez Bryant interview with the reporter holding the audio recording device that doubled as a Tazer?!?! It was pointed right at him, 12 inches from his face. Truly bizarre!

Ref Mishap of the Week:

In 2 games, not 1 but 2! The ref faced the wrong direction when announcing a penalty to the crowd. I actually think that’s the first time I saw that happen, and it occurred twice in the same week!

Ref Quote of the Week:

“Unsportsmanlike conduct, number 24. Shooting a Bow and Arrow” Ref. Actually, he said it with a real southern accent, was more like “Bow and Arrah.”

Speaking of which, the NFL needs to take a chill pill with the new celebration crackdown. It’s already bad enough that receivers can’t dance in the endzone or do anything using the ball as a prop. That first crackdown ruined a lot of things, back in 2007-ish. No more Ochocinco, Steve Smith, T.O., those were truly the good old days. But for you to get flagged and fined for mimicking a bow and arrow, or for putting the ball with a pylon, is utterly ridiculous. The NFL is ENTERTAINMENT, nothing else! Not politics (don’t even ask me about that one), not life and death, it’s an escape for the casual fan to relax and be entertained for 3 hours. We pay good money on tickets to be entertained.

Only 16 receivers have more yards through 4 games, than Julio Jones had in just one week! Surprisingly, Jones is barely leading the league in rec yards

Melvin Gordon scored 0 TD’s his rookie year, but already has 6 and leads all non-kickers in scoring

Only 3 of the top 9 teams in terms of offensive scoring, made the playoff last year

Defensive Stat of the Week:

The Rams and Texans are 29th and 30th in the league for points scored, but are a combined 6-2.

Only 4 teams have not thrown an INT this year (MIN, DAL, NE, and PHI). None of which involved their starting QB from 2015.

Tampa Bay’s shocking 2nd round draft choice on a kicker, is 33% in Field Goals made this year

Since Jeff Fisher took over the Rams head coaching job, a division rival has made the NFC Championship game all 4 years, and the Super Bowl in 3 of those years. Yet he’s 13-13-1 against the division. People give him crap for being an 8-8 coach, but that’s pretty impressive in a stacked division.

Big Ben threw as many TD passes as incompletions…for the 4th time in his career!

“You get what you pay for” Josh Norman, on the Panthers not paying him to stay and getting torched for 300 yards from the player he would have guarded

I think Tom Brady comes out a man possessed. I’m looking for 5 TD’s this week

Carson Wentz…whew, I was getting nervous that I hadn’t mentioned anything about him yet!