Posted by fmquarterback on January 10, 2020
Posted in: Uncategorized. Leave a comment 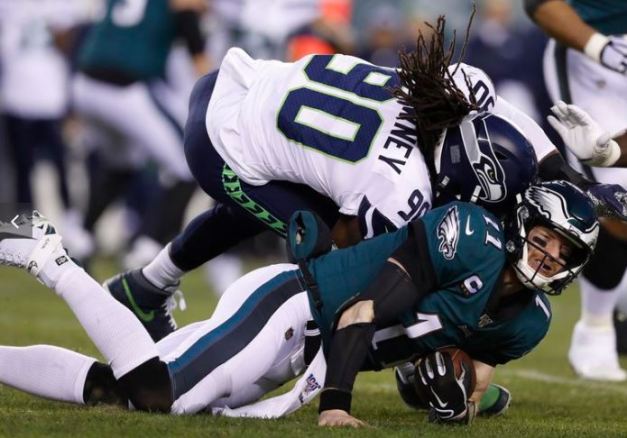 Wild WildCard! Every game was a 1 possession game, 3 road teams won, and both 6 seeds won. My team isn’t even in the playoffs and my fingernails were shot after last weekend. The Division round is typically when the men separate themselves from the boys, but we were offered a real treat last weekend with 4 close games.

I was 2 for 2 last week, which isn’t bad considering 3 underdogs won.

Taysom Hill was the first player with 25 passing yards, 25 receiving yards, and 25 rushing yards in a playoff game

At the end of the 1st half, the Titans had a 75 yard drive to take the lead. Derrick Henry had all 75 of those yards

Russell Wilson accounted for 95% of every offensive yard

DK Metcalf had 160 yds receiving, which set a playoff franchise record, and is also the most receiving yards by a rookie in a playoff game

Derrick Henry had 182 yards rushing, which is 15th most all time

The Vikings are 1-4 against the 49ers in the playoffs

The Seahawks are 8-1 on the road this season

Quick Takes from Each Game:

Some of my quick takes from the game. The first Bills offensive drive was awesome, with multiple trick plays and Josh Allen rushing like crazy. We got to see a comeback after the Texans were down 16-0. This game is what showed momentum is a real thing. Once the Texans scored the first time AND stopped the Bills the next drive, you knew immediately that the Texans were going to comeback. My one question that I said out loud while watching, was when the Texans were milking the clock. They had just gotten the ball after a 4th down miss by the Bills, so had it at the 30 yard line, well within FG range. They decided to go for it on 4th down and failed. I get why, you make 1 play and you ice the game. But why not kick a Field Goal there? You’re basically giving the Bills the ball back at the same spot on the field, whether you make and kickoff, or miss (which is the same as not converting on 4th and 1). BUT, the Bills were able to tie it with a FG versus having to march an extra 30 yards to make it into the endzone. That’s not how I would have coached it. But ultimately it gave us the play of the game with Watson’s crazy double escape. They’re almost lucky 2 guys got to him at the same time, as that probably helped keep him up, but that’s a play we’ll see for awhile. I’ve heard announcers saying this was a bad game, this one had me on the edge of my seat more than any of the others!

While a relatively slow game, this was the epitome of what playoff football is about; strong running and good defense. This reminded me a lot of the Broncos Panthers Super Bowl, where it felt like when the Titans took the lead, you watched more of the clock than the action waiting for them to pull it off. Holy cow Derrick Henry is a beast, I would not want to try tackling him. Brady looked off overall, and I wasn’t surprised that it won’t be his final game, but you have to wonder what he actually has left in the tank. Total brilliant coaching by Mike Vrabel to bleed 1:46 off the clock due to the weirdest penalty filled punt sequence I’ve ever seen. I did find it funny that Belichick was complaining about it, even though he used the exact tactic earlier this year. Fitting that his final throw was a pick 6.

Even living in MN, along with much of the rest of the country I was pretty surprised at the outcome of the game. I do think Kirk Cousins gets a pass on “not being able to win the big game” for now. Who cares if he’s losing on Monday night, he just beat the toughest team of the 8 that played, on the road, against a hall of fame QB. Taysom Hill was a better QB in the 1st half than Drew Brees, which I thought I’d never see. The Vikings ran it 40 times, and it seemed like keeping Brees off the field was the gameplan and it worked. Saints fans; it wasn’t pass interference, and the fact that your season ended on a controversial PI call is karma for putting that stupid rule in the book in the first place.

This game was a bit of a letdown with Wentz getting hurt, and the second it happened felt like the game was over. I didn’t think they used McCown enough though. He was 14-17 and 8-8 in the 2nd half at one point, those are good numbers! They should have been slinging it a bit more.

While it’s always fun to see the upsets in the playoffs, we now have two #6 seeds facing off against the juggernauts of the league. And a lot of the crazy upsets rarely happen in this round. I do think the Titans have a chance, but otherwise this may be a fairly boring round.

Vikings at 49ers: the niners defensive line will give Cousins fits. If they can somehow hold Bosa and company in check, they have a chance. Otherwise I think it’ll be a rough outing, 49ers 27, Vikings 9

Titans at Ravens: keeping time of possession is the Titans only chance, but that could happen! Otherwise this could be the ugliest of the 4 games. I have Ravens 38, Titans 17

Texans at Chiefs: Likely the closest and most evenly matched game of the weekend, but it’s tough to win in Arrowhead. Chiefs 27, Texans 17

Seahawks at Packers: This is the game where injuries catch up with Seattle, otherwise I would have picked them to upset GB. Although I think Clowney, Metcalf and Lynch will all have big games, I have Rodgers pulling it off and winning with a walkoff kick by Mason Crosby. Packers 27, Seahawks 24

What the heck was going on with Dallas’ coaching process last week? It took them 3 meetings with Jason Garrett, with reports of him being fired but he was on-site while they continued interviewing candidates. Players were apparently confused, with Garrett having season ending interviews with players and saying “see you next year” while the Cowboys are actively interviewing candidates. Rumors are out there that they had told Garrett he was gone multiple times, but he kept showing up. The official announcement happened during the Eagles game go figure. And then Mike McCarthy?!?!? He was criticized for getting complacent on offense, slacking at work, and wasting Rodgers’ prime; that’s the guy you want running “America’s Team?”

Within a 1 week timeframe, all 5 teams that Brown was linked with this season were eliminated from playoff contention. That was the Steelers, Bills, Raiders, Patriots, and Saints. Also, you know you’re a poison when you go through 5 teams in less than a year.

“It should be like beer pong, if they score you should get a rebuttal” Pat McAfee

“Do you have a message for the fans, who’ve stuck with the Patriots through thick and thin?” Reporter

“Somebody had to be great today, might as well be me” DeShaun Watson

On a separate note, he’s listed on the injury report this week for a hyperextended shoulder. It apparently happened when he was trying to pat himself on the back…

I’m not gonna lie, but he XFL rules look totally awesome! They made several changes to the NFL the last go around, and think that this could provide the excitement to hold some decent viewership. 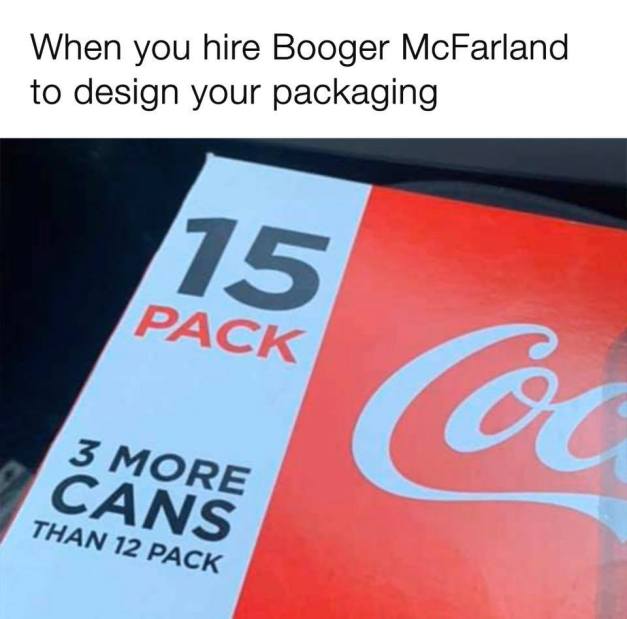 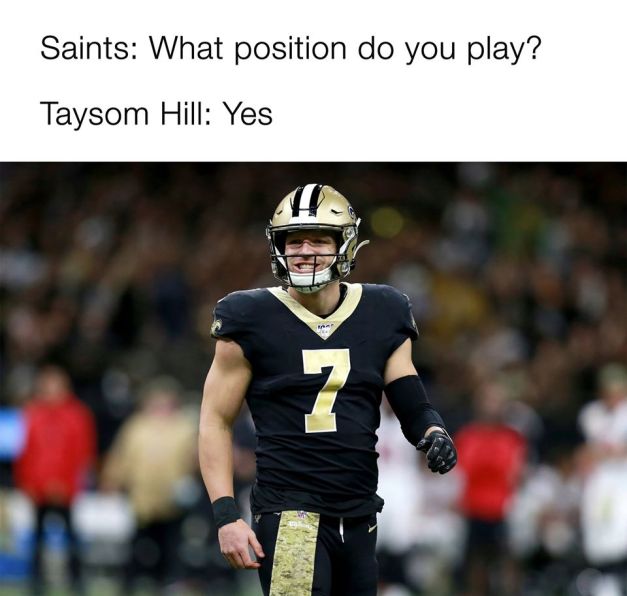