Posted by fmquarterback on September 18, 2020
Posted in: Uncategorized. Leave a comment 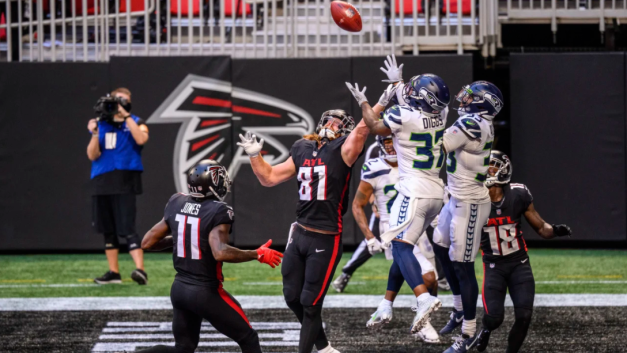 Ahhh, it’s good to be back. I with all the craziness that 2020 had to offer, it almost seemed like we had some normalness on Sunday. Being able to sit back in the fall, watch some football, and see the Lions choke and the Browns get crushed. ALL Back to normal

I’m going to brag for a second, but wow is the new stadium amazing! Additionally, I wasn’t a huge fan of the logos or color scheme when it came out this spring, but after seeing them play I really like the new look. In fact, I liked them so much I bought a jersey already! 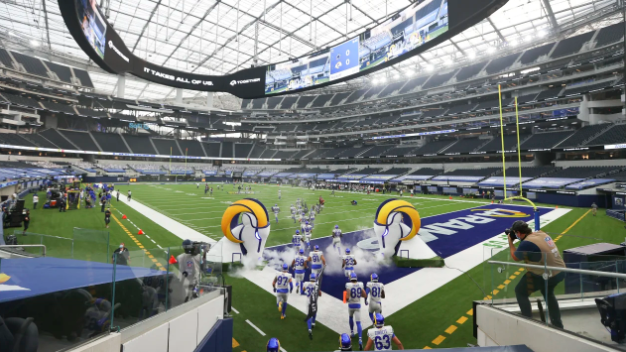 Everything from Andy Reid’s fogging up face shield, to masks on the sideline just seemed super weird on Sunday. But the NFL was able to make it work and get the players back on the field. The one thing I specifically noticed, was when I was focusing hard, you could tell the crowd noise was being piped in and fake. But then I would get sucked into the game, and a quarter would go by and would realize that everything seemed 100% normal.

In his first game, Cam Newton broke the franchise record for rushing yards in a game.

Brady has thrown a pick 6 in 3 straight games

Yesterday, September 17th was the 100 year anniversary of the formation of the NFL. Also crazy, but the league was slated to start in 1918, but many players were fighting in WWI, and cities had banned large gatherings (sounds familiar) due to the Spanish Flu.

“This looks to be a defensive matchup” Vikings commentator, before they combined for 77 points.

“I’m pretty sure that was directed at me” Sean McVay, on the memo the NFL sent out Monday regarding masks 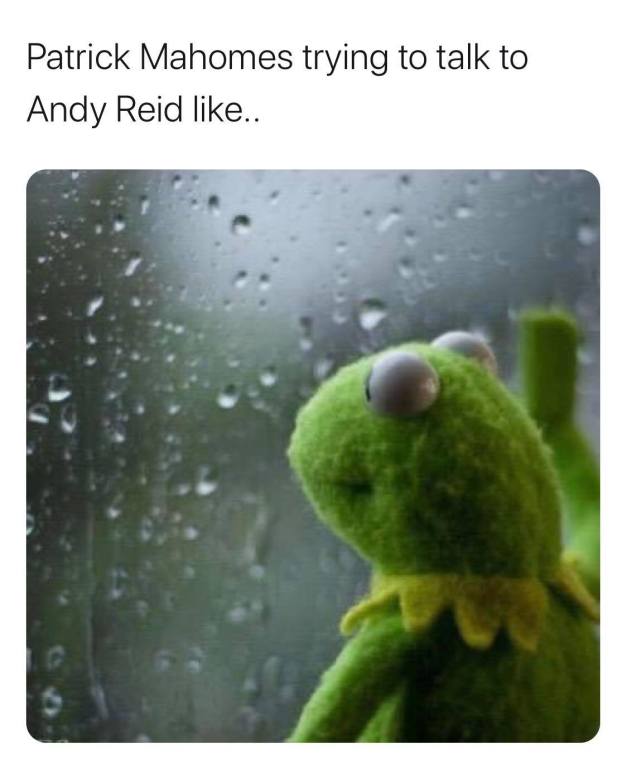 This one is GENIUS because it simply took a picture of a common meme, and yet it makes perfect sense!!! 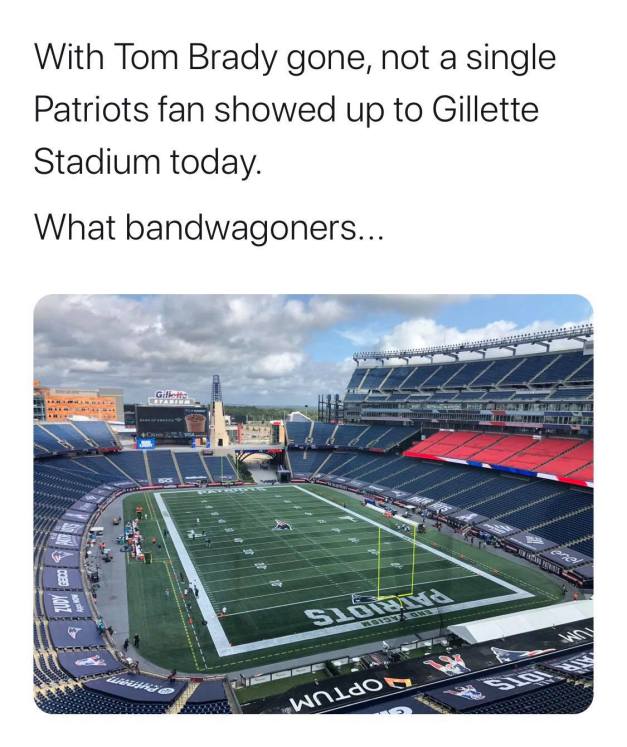 And yes, I can’t wait for this to be the meme of the year but now with masks! 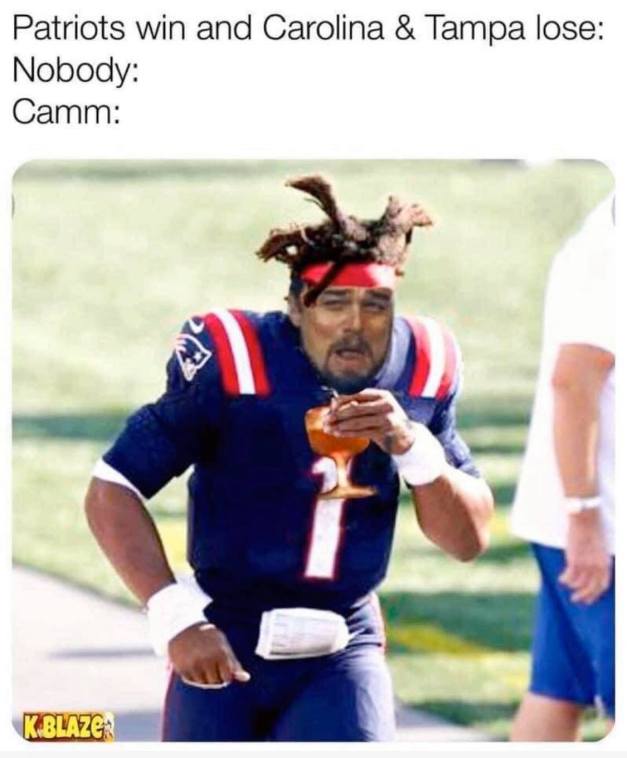