Avast ye! Mike Zimmer, that seadog, returns from a brush with Davy Jones’ Locker to coach the Vikings again. He’s not one to walk the plank and scuttle the season, so his team said Ay Ay captain and will give it the ol’ Heave Ho to take down those landlubber Jaguars and plunder a win in order to continue their quest for playoff booty….Sorry I couldn’t help myself, but why couldn’t they have been playing the Buccaneers or Raiders this week. WHY?!?!

We’re down to the final 4 weeks of the season with everybody on the same slate having played 12 games. The teams that make it to the playoffs always seem to be on a 5-1 or 4-0 streak, so keep an eye out for the streaking teams. As always, my favorite internet tool is back with the playoff machine! http://www.espn.com/nfl/playoffs/machine

END_OF_DOCUMENT_TOKEN_TO_BE_REPLACED

FMQB: The ShopVac Heard Round the World 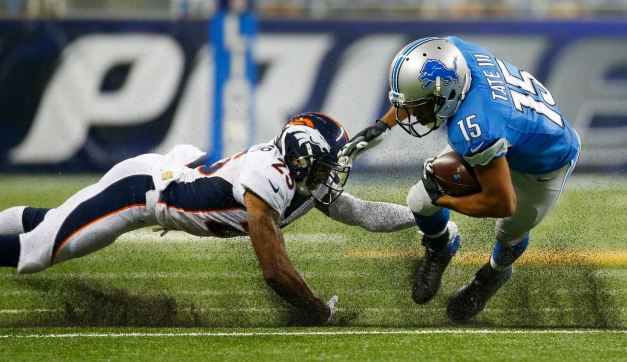 FMQB: The ShopVac Heard Round the World:

After Sunday’s amazing comeback win (twice), the Bengals are sitting pretty. They are now 3 full games up over the Ravens just 3 games into the season, the Browns aren’t seeming to pose much of a threat, and the closest team just lost their starting QB for 6 weeks. It’s almost not too early to crown them division champs with it hard to picture any other team coming close. Granted the only thing Bengals fans focus on nowadays is what happens in the playoffs (which have been ugly the last 4 years). The Bengals scored 2 go ahead TD’s on late 4th quarter drives on Sunday, in a hostile Baltimore environment.

END_OF_DOCUMENT_TOKEN_TO_BE_REPLACED 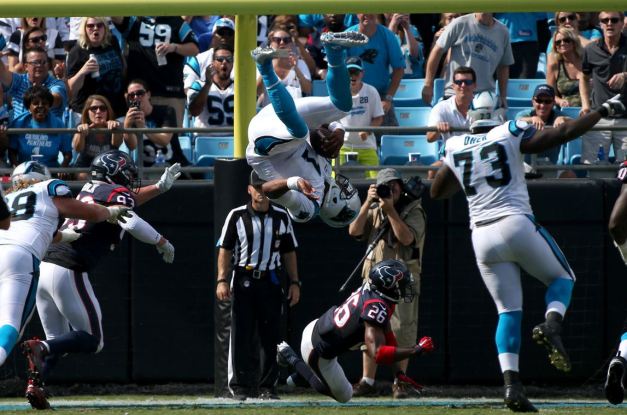 Shorter post this week as I missed a lot of the games. As crazy as everything got after Week 1, it seems like now nobody knows what’s going to happen after Week 2. Everybody had given up on the Vikings, yet they came back and beat a division rival. Jameis Winston looked like a bust after Week 1 but righted the ship this week. The Rams who jumped up the Power Rankings but then lost to one of the weakest teams in the league with a backup QB.

Manziel had the best game of his career and was immediately told that McCown would start on Sunday. Jay Cutler also went down for multiple weeks (although I’m not hearing Bears fans complaining). Drew Brees has a bruised rotator cuff, and word is he could either be fine or miss a few weeks. And the worst news is that Tony Romo broke his collar bone AGAIN, and will be out for at least half the season. END_OF_DOCUMENT_TOKEN_TO_BE_REPLACED 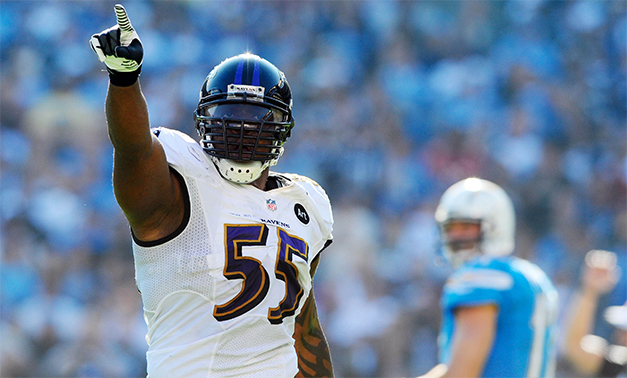 Slightly anti-climactic week, especially when the “Wild” in Wild Card normally comes into play. The fact that 80% of this section will talk about one game kind of sums up the weekend.

You have to be a true fan to like low scoring affairs, but even this one got a little brutal. The Cardinals couldn’t do anything on offense, and the only time they scored was when Carolina made mistakes. The goal line fumble by Arizona, which turned into a TD was about the only exciting part of the game. Cardinals set the record for the lowest offensive yards in playoff history with 78. To be fair, this was after a 19 yard loss due to a lateral fest. I feel bad for the Cardinals, they started 9-1 and seemed to be cruising to the Super Bowl in their home stadium, but my how fast things change.

This game was closer than the final score eluded to. The Steelers kept showing life, but then the Ravens D would step up with a crucial sack or the crazy Suggs INT catch between the legs. I’ll admit I was proved wrong in thinking they could still run the ball without Bell. But I think Chris Collinsworth put it best in saying “as a defense the first thing you want to do in a playoff game is take away the run, and it’s almost like the Steelers have done that to themselves for the Ravens.” At the end Baltimore pulled away and scored the only road win of the weekend.